Kamaiyah – A Good Night In The Ghetto (Mixtape) 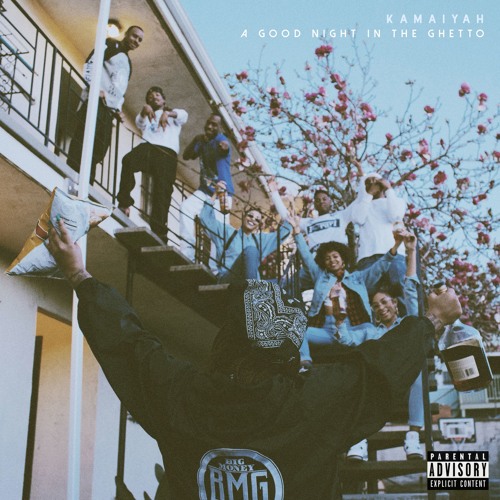 @ItsKamaiyah has finally delivered her long awaited debut project A Good Night In The Ghetto after releasing cuts such as the instantly catchy “Out The Bottle” and the undeniable banger “How Does It Feel”! On the 16-track statement, Kamaiyah celebrates her youth, fun in the hood, and her ability to raise herself by her own boot straps. She shows signs of a developed artist, with pleasant album sequencing and interludes.

The new project features YG, Netta Brielle, her brother Zay, and her crew Big Money Gang. The retro leaning production on A Good Night was crafted by Drew Banga, CT Beats, Trackademicks, 1-O.A.K., DJ Official, P-Lo and WTF Nonstop! After pressing play on A Good Night In The Ghetto, you’ll instantly be treated with the introductory and celebratory track “I’m On”, then a few tracks later you get the Freaky Tales sampling “Niggas” which is her unapologetic player anthem! Other notable tracks are “Freaky Freak”, the P-Lo produced E-40 interpolating “One Love”, and the heartfelt closing tribute “For My Dawg”. Listen to Kamaiyah’s debut above!

Artists: A Good Night in the Ghetto Kamaiyah